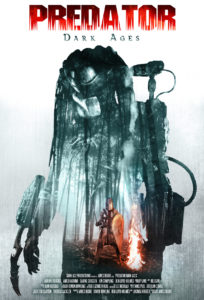 PREDATOR: Dark Ages is a short fan film. Winner ‘best fan film’ at the Tri-Cities International Film Festival. Set during the Crusades, the faith & fighting skills of a group of Templar Knights is put to the test when they encounter the Predator. Their battle is the thing Myths and Legends are born from.