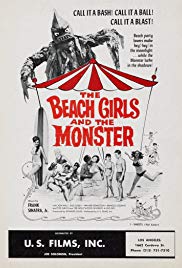 A young girl is killed at the beach in Malibu. Professor Otto Lindsay (Jon Hall) suspects that it is some form of mutated fish. However, his son Richard (Arnold Lessing), who was a good friend of the girl, thinks that it is a madman who has a grudge against Richard and his friends….