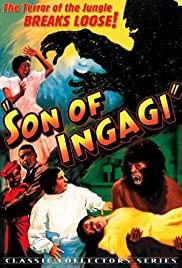 This is an unusual film about a mad doctor who keeps a monster in the basement. It’s unusual for two reasons, one being the mad doctor is a woman, which was strange for the time, and the other was the fact that the film had an all-black cast, which was also unusual, especially for this kind of movie….