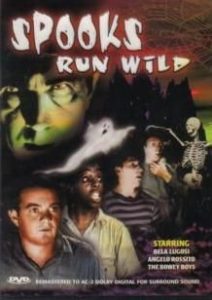 Spooks Run Wild  is an American  comedy horror  film and the seventh film in the  East Side Kids  series, starring  Bela Lugosi ,  Leo Gorcey ,  Huntz Hall , and  Bobby Jordan . Released in 1941, it was directed by  Phil Rosen , in his first and only outing in the series, and produced by ….